You are here: Home / Archives for Social Media

By Mike Chuidian
The World Wide Web is a beautiful thing. We as sourcers and recruiters don’t even begin to scratch the surface when it comes to mining data/information on the great WWW. But we have some hope for getting a lot of that data, right? You know the saying….The one with the most information wins.  If you source on LinkedIn or any of the many social media platforms (i.e. Github, StackOverflow, FB, Twitter, Behance, etc.) we utilize, often times it’s hard to come by good contact information.

I particularly love IT dudes/dudettes that have their own websites. Why? Because it can be a wealth of information.  Whether that be their interests, the kind of work they do, or maybe if you’re lucky, some contact info….Not. So. Much. In this post, I’ll show you how to glean those 2 ever so important pieces of information….the phone number and email. Heck sometimes we can get the home address!

Usually, personal websites are either stumbled upon or on people’s Social Media bios. There are tons of personal websites out there, but very few reveal their contact info. So how do we glean that information? Let’s get started….

Step1.  First we check out a personal website….Looks pretty good to me!

Step 2.  I then click on “Contact”. But……..it’s the dreaded “Fill out the form”.  Boooo!! What a buzz kill for such an assumed highly qualified candidate!

Step 3.  OK…..Challenge accepted! I like to use Whois.com. This site basically allows you to enter in the websites’ URL to gain information on the owner of the website.

Now as you can see, there’s all kinds of goodies on this page…..Phone#, email address, and even the home address! Exactly what I need to engage with this individual. But how do I know it’s the contact info of the person I intend to contact? Call them!!! DUH!! This one happened to check out.

There is a caveat to this obviously….Not all website owners will leave their website registrar public and will put privacy filters up. You can usually tell which registrars have been made private. But for the most part, a lot of these personal websites have public registrars.

So have fun with it! It’s another trick up your sourcing sleeve that is sure to be very helpful. I want to give a big shout out to Steve Levy for putting me on to this a while back. Dude is a sourcing genius!

Mike Chuidian is a Sr. IT Recruiting Consultant with Deloitte, and has worked with growing companies such as SAI and Comcast. He’s also an epic connoisseur of sneakers.  Keep in touch with Mike on LinkedIn or Twitter

Ed Note: This post was originally posted on Rad Recruiter, and republished with the Author’s consent.

As recruiters, we’re uniquely positioned to see job searches on a daily basis. We see how they start, the progression of the interview cycle, and the end of the cycle where a candidate lands in their new job. As is often true, it’s hard to see something clearly when you are right on top of it. Recruiters are notorious for being good at facilitating this type of life change for others, but for also having a very hard time to do it for themselves.
Many questions start to surface as you prepare to dive into the job search as a recruiter marketing yourself. Is my resume up to date? Who have I kept in touch with? Who do you reach out to? It’s also interesting to think about how recruiters perceive candidate experience when they are in the middle of a search….for themselves. END_OF_DOCUMENT_TOKEN_TO_BE_REPLACED

By David Adelman
Landing a job isn’t easy. With unemployment stubbornly high and constant competition from overqualified candidates, overseas labor and overzealous robots, getting hired is getting harder.

I recently watched several friends go through the job hunt, and one thing became clear: The traditional method of applying for posted jobs won’t cut it anymore. Times are changing, and that means that job seekers must adapt as well. Now more than ever, it’s your network — not just your resume — that matters. Up to 80 percent of all jobs are “hidden.” They aren’t advertised, and those that are often get filled by candidates with an inside track.

Notice the word “work” in “network.” Your contacts won’t just hand you jobs. There’s effort involved. If you don’t ask, you’ll never receive. Put yourself out there and you’ll be shocked at how open your contacts are to lending a hand. END_OF_DOCUMENT_TOKEN_TO_BE_REPLACED

By Kathleen Smith
Thanks to several programs and general awareness a focus in recruiting now is the candidate experience. While this is all good, we have to remember that not all candidates are created equal.

END_OF_DOCUMENT_TOKEN_TO_BE_REPLACED fever pitch. What was once thought impossible, namely access to social media sites, and is now permitted. But now that the gates have opened many are in a quandary as to how to implement social media. END_OF_DOCUMENT_TOKEN_TO_BE_REPLACED

Several months ago, I was forced to get out of my comfort zone and make a change. The couple years before that, I was engulfed with Social Media and utilizing it in my everyday recruitment routine. I was that guy….You know…. the one who thought he was too good to pick up the phone and call people because I thought I was above making 250 pipelining calls a week.  I really thought that Social Media was my saving grace in the recruitment process. I had what The Boolean Blackbelt, Glen Cathey would call “OESS- Obsessive Exotic Sourcing Syndrome”.  I was that guy.

Last December, I did the unthinkable and landed back in agency. What was I thinking?! Ugh! But you know what? I knew I was getting out of my comfort zone and making a change I knew I had to make….for the better. So here I am…..in a metrics driven environment forced to pick up the phone *insert music of terror*. Was I scared to pick up the phone at first?  YES. But why?!? I’ve been doing this for 8 years and I know recruitment very well. Because I leaned heavily on messaging, tweeting, In-mailing, emailing, etc. The phone was like kryptonite to me while I was “Social Recruiting”, whatever that means nowadays. I’ll save that for another post.

I was forced to go back to basics and learn how to get my swagger back on the phones.  It was like picking up a surfboard or bodyboard you haven’t ridden in years and picking up where you left off. It took me a little while to get it back, but I got it back.  Smooth as ever and building an awesome pipeline of candidates in an area that for me was/is foreign to recruit in….Central PA. But YES, I’ve fallen back in love with the phones, but I still LOVE Social Media and using it as a tool to supplement my sourcing and recruiting efforts.

I was pretty good with the “Social Recruiting” thing.  But you know what?!  I’m even BETTER picking up the phone in combination with using Social Media to recruit and source.  So getting back to basics of picking up the phone has served me a big piece of humble pie…straight to the face. But I’m savoring that taste to take me to new heights in an industry that I love immensely.

I’ll leave you with a quote, an inspiring one to say the least……

“Look down at that little black box right in front of you. You see it? It’s a wonderful little invention called the telephone. Here, I’ll spell it for you: T-E-L-E-P-H-O-N-E. Now, guess what, everybody? This telephone won’t dial itself! Yeah, that’s right. Until you take some f*cking action, it’s nothing more than a worthless hunk of plastic.”…..“So don’t you ever f*cking forget that that phone sitting on your desk is a deadly weapon. And in the hands of a motivated Strattonite it’s a license to print money. And it’s the great equalizer!”” ~ The Wolf of Wall Street

Mike Chuidian is a Sr. IT Recruiter with Modis, and has worked with growing companies such as SAI and Comcast. He’s also an epic connoisseur of sneakers.  Keep in touch with Mike on LinkedIn or Twitter

Note: This post was originally featured on The Rad Recruiter, and was republished with the author’s consent.

By Lars Schmidt
I am not a thought leader, and neither are you. This also goes for all the ninjas, mavens, jedis, rock stars, and gurus. Sorry folks.

The term ‘thought leadership’ once had meaning, but it’s been hijacked and diluted by the countless numbers of self-proclaimed [insert superlative here].

Once reserved for individuals truly transforming their respective fields, ‘thought leadership’ now extends to anyone with a strong opinion and a flair for self-promotion. END_OF_DOCUMENT_TOKEN_TO_BE_REPLACED 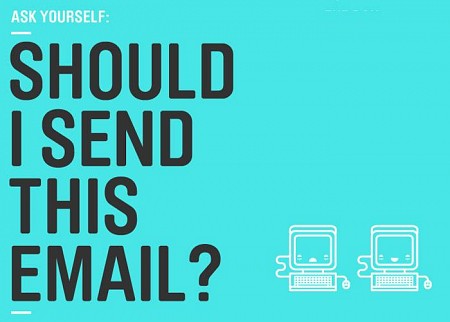 There has been some discussion in the recruiting community over the last few months about the best way recruiters should reach out to candidates. You can read a sampling of the articles here.
With the wide array of tools like SellHack, LinkedIn, Entelo and TalentBin available to recruiters and sourcers today, we wanted to know what you think.  Do you take whatever info you can get and make your move from there, or do you work to dig for more personal contact info. With the price of some sites today, gathering whatever information that you can – at a low cost – can be an appealing option.

What are your thoughts on emailing candidates at their work email address? Feel free to leave us some comments on why you voted the way you did, and what other things have worked for you.  We’ll compile the results and have a follow-up post to share them, along with any interesting comments readers share!

recruitDC founder, Ben Gotkin takes a few minutes to talk with Laurie Ruettimann about her keynote speech on personal branding. You can catch Laurie at the Spring 2014 recruitDC event.
Need tickets for the event? Get them here

Do you have something you want to share with the talent acquisition community? Do you also … END_OF_DOCUMENT_TOKEN_TO_BE_REPLACED